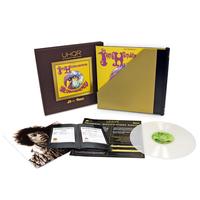 5 Stars
Posted Sunday, April 3, 2022 by Dan Swan Received my copy today,and any expectations I may have had were instantly blown away. This album has never sounded this good. Bernie Grundman has once again made something old, new again. The sound quality here is staggering, and on my second listen there were several moments where I actually got goosebumps, and you can’t fake goosebumps. The soundscape is unbelievably clean, and the pressing is pure perfection. I have purchased all the UHQR’s that Analog Productions have released, and now my hope is that they do Electric Ladyland next. This release is completely worth the price, and I’m absolutely over the moon with this one. Hearing this for the first time was like a spiritual experience, or the most powerful natural high I could possibly imagine. Grab this before it’s gone, you won’t be disappointed. 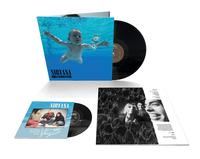 5 Stars
Posted Sunday, February 27, 2022 by John I bought this originally when it was released on CD and it was a moving collection of music that defined my age and attitude of the time. I was probably not part of the intended demographic but I still connected to the music. Just listening to it on vinyl brings another level of enjoyment that CD doesn't seem to touch. Great album! 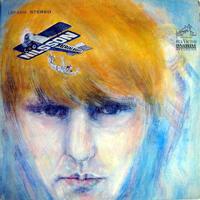 Great sounding, where is Daddy’s song? 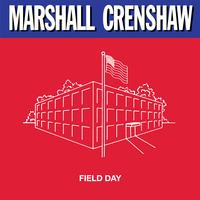 5 Stars
Posted Thursday, April 22, 2021 by Al W. This is a stunning issue of Crenshaw's 2nd album and bonus EP included in stunning sound. Pressing quality is excellent, presentation is much improved with reimagined cover art in a heavyweight, Stoughton gatefold jacket. This is now discontinued via the Intervention website, so get this now while it's available here. 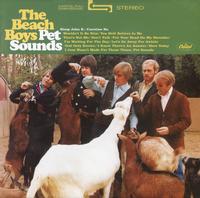 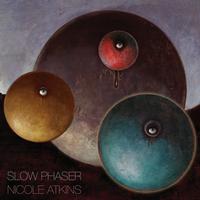 4 Stars
Posted Saturday, November 4, 2017 by Anonymous While nothing really wrong with this pressing, it's pretty standard quality. I guess I'm just spoiled by QRP 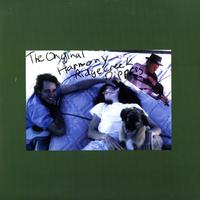 5 Stars
Posted Tuesday, December 20, 2016 by Andrew In my opinion, one of the best Americana bands of the 90s/00s--this album oozes with slow, soulful ballads--the blossoming love between Mark Olson and Victoria Williams is on full display here, it's almost tangible. Recorded in the desert at their Joshua Tree home, you can here the creaking chairs and cracking wood floors in the background, which lends to the album's magic. I was hesitant getting this on vinyl, but the recording is stellar and the vinyl quality is above average. I wholeheartedly recommend this album, or anything by the Creekdippers. 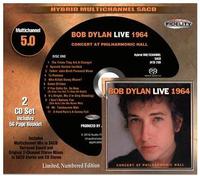 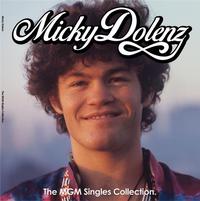 A new found respect for Micky

3 Stars
Posted Tuesday, September 22, 2015 by Wade Burrow This collection of Micky's singles is really cool. The song styles are varied and interesting. I found myself enjoying the record and I'm not a big fan of The Monkees. The sound is good enough, it is not an Analog Depth to the soundstage or an audiophile record by any stretch but it is an enjoyable listen. The color of the Vinyl turned out to be Red instead of Blue. So don't expect a Blue Disc as the description states. The Gatefold contains an interesting interview with Micky as well as an insert that gives a history of the songs on the record. I do think it is a bit much to pay for a single slab of vinyl but it is a unique collection of songs. 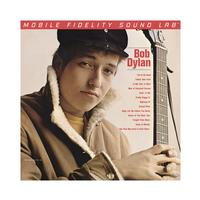 5 Stars
Posted Tuesday, May 19, 2015 by Tony S We now have 3 versions regular CD, Mono CD and this...the mono CD should be kept and played if your an audiofile because it's different than the SACD release and regular CD. The SACD release is essential and great because you can hear the guitar playing clear as day if your in dream land you would really think he's in the room with you. The vocals are basically on the left and it does sound real. I guess that's the idea of paying 29.99$ for these releases as opposed 5-10$ for the CDs the sound is much fuller much warmer and as a positive consequence more real more life like in sound. I recommend this release I think it was done very nicely and if you really love Bob Dylan's music you'll surely love this release. 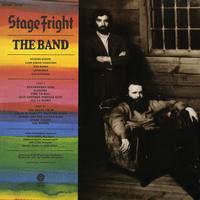 5 Stars
Posted Friday, May 15, 2015 by Lowel Jones My copy is quiet and lays flat no issues with this one. 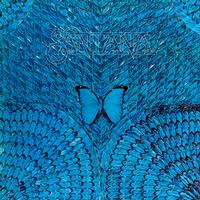 4 Stars
Posted Saturday, April 4, 2015 by Anonymous Once more Joe did a great job mastering this wonderful album! RTI also did a good pressing, but i never will understand why they are not cleaning their pressings correctly. New Friday records always are tickling for the first run. After washing them they are nearly perfect!!!

The Band - The Last Waltz 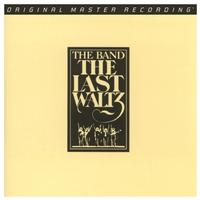 Finally, A Version Worth Listening To....

4 Stars
Posted Friday, January 23, 2015 by Steve K Finallly a version worth a listen! I'm a big fan of the Band. I bought the vinyl back in the day, played it once and put it away. Same with the Cd version. I haven't heard the download version but don't hesitate to buy the MoFi sacd version. Great performances. The recording quality isnt quite up to Rock Of Ages but its stellar compared to other versions of album. Way to go, MOFi! 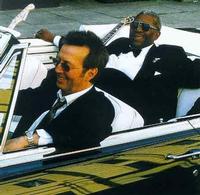 Sit Down and Listen

5 Stars
Posted Sunday, September 21, 2014 by CD Please don't wait for any of the "Experts" to tell you to buy this. Listen to me. It does not get any better than this. And by the way, From The Cradle is really Good also. It does not matter How the music was recorded. All that counts is How it sounds. This is perfect. 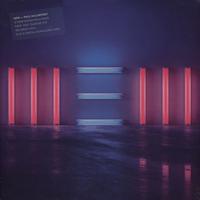 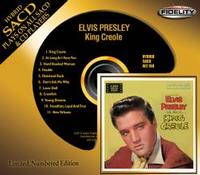 Not a Great Advert for Hybrid SACD

1 Stars
Posted Thursday, August 22, 2013 by FJC U.K. Now don't get me wrong, I'm a real Fan of Audio Fidelity and their latest batch of Hybrid SACDs and for the most part the ones I have are all pretty much near Reference quality.....but this Elvis disc is a stinker from start to finish I'm afraid - poor resolution, muddy sound, poor seperation of the vocals...etc. etc. - if you really want to hear this album at it's best either purchase (or keep hold of) the Sony Legacy release from the late 90's...play them 'A to B' aginst each other and if you didn't know any better you'd expect the Sony release to be the freshly minted disc.....oh well, never mind! 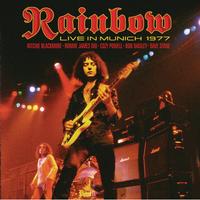 3 Stars
Posted Friday, May 3, 2013 by Greg D. What a burning live album! Rainbow at their peak. I saw them twice a year later in NY and they played pretty much the same show. Brought me back. Ritchie Blackmore is amazing and Dio is one of the best hard rock singers we ever had. The downside? Not a high fidelity recording, by far. But full of the energy that was there that night. Vinyl is pretty noisy. Of course you don't notice when they're tearing it up, but you do in those classic Blackmore's subtle guitar moments. Which is very annoying. 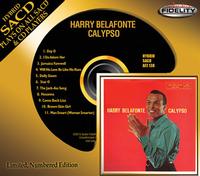 5 Stars
Posted Sunday, April 28, 2013 by Michael "Bear" Arlt This is the first time hearing Harry Belafonte's "Calypso" without loud pops, surface noise from ground in dirt, crackle, inner-groove distortion, and groove damage at loud peaks caused by those clunky medievil 1950's hi-fi tonearms that double as phonograph record torture devices. Halfway though the third track, all I kept saying to myself is "wow!" No surface noise or distortion, I can hear fingers sliding on the guitar strings and a ride cymbal, this disc is amazing.

The SACD sounds better than my 2S/1S LP, and it doesn't have the audio problems of the 57 year old wax. This disc sounds more open and sweeter than the 2S vinyl and a 1956 Japanese Victor LP I own. When I found the Japanese LP, I was expecting a sonic miracle but the Japanese LP is pretty noisy and sounds a few tape generations down from the original tape.

The two LP's are now heading to Goodwill.

The SACD is the sonic miracle I was waiting for. Thanks to Kevin Gray for a great mastering job, and to Audio Fidelity for putting out this wonderful disc. 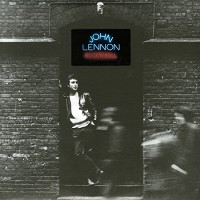 3 Stars
Posted Saturday, February 9, 2013 by Anonymous the quality of the recording on this album left me disappointed because it seems very shallow. no depth to the music. I had this lp years ago and I don't recall it sounding so weak.

The Ventures - On Stage 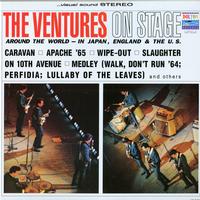 4 Stars
Posted Sunday, January 13, 2013 by Anonymous This is a trip from the past. The only thing is it would be nice if there wasn't so much fake applause during the tracks. Still a pleasure to hear such a clean copy after all these years.