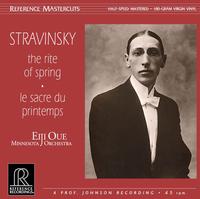 such promise, until the needle hits the groove

1 Stars
Posted Thursday, August 19, 2021 by scott baxter I had such hopes, but this is a very noisy record. Far too many pops and audible grit throughout both disks. I always wash a brand new record, and re-washing made no difference. The record was put through a degritter cleaner and it made no difference. I bought a second lp set and it sounded just the same. This is wasted money. I have a near 40 year old Antal Dorati/London Symphony recording by London Digital and it is so much more quiet.

Apart from the abysmal surface, this 'read' of the score is rather more relaxed than I think it should be, but we're now talking about matters of taste. Overall, it's too languid, lacking attack on certain passages that should literally shock the listener. Both the Bernstein and Dorati led recordings do a better job in this respect.

Overall I'd say this is a very problematic recording that had superb potential, but that is squandered by the rash of artifacts scattered across the surface of both disks. 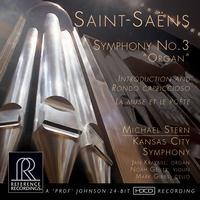 3 Stars
Posted Wednesday, August 11, 2021 by Anonymous I listened to the CD layer and then the SACD stereo mix layer. Honestly not that much of a difference. If this was the first SACD I was exposed to honestly I'd be a tad disappointed. It does sound good, but not really altogether different than redbook. 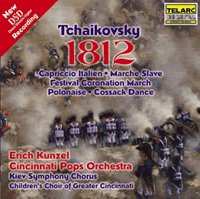 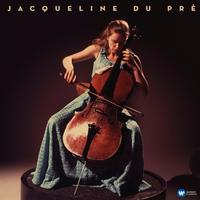 3 Stars
Posted Saturday, May 22, 2021 by Joseph Somsel There was no warning that all five of these discs are digital remasters - none are directly from the master tapes. One of the discs is not even of the original issue but of a rehearsal. Nice enough packaging though and the performances are exceptional and justly renowned.

That said they are clear and detailed but lack the analogue warmth and body I hoped for and expected.

For sound quality, I might have been better off buying the Testament reissue of the Elgar or even a clean, used "dog in postage stamp" LP. 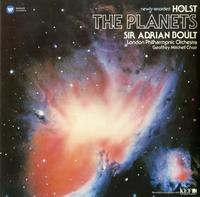 4 Stars
Posted Saturday, April 24, 2021 by ETKirsch This is a solid enough vinyl pressing. Some background cackling that's occasionally audible, but overall not bad. Imaging and sound stage are decent.

Personally, I prefer the Ozawa/BSO performance on Philips, but Boult is pretty synonymous with 20th Century English music, so I'm probably in the minority on that one. 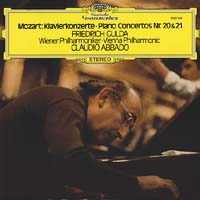 5 Stars
Posted Friday, April 23, 2021 by ETKirsch I put this release on immediately after listening to another DG record and was really struck by the superiority of this release. Which got me wondering "why is this DG release so much better than the other DG release?" The answer: this is a third party reissue of a DG recording by Speakers Corner and boy, do they nail it. 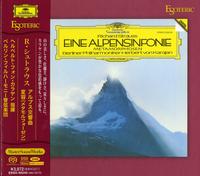 5 Stars
Posted Monday, March 22, 2021 by Ronald H. This was the first Classical cd that I bought in late 1982, when the cd format was first introduced. Historically, Eine Alpensinfone/Karajan was the first classical title to be mastered to cd along with Abba's The Visitors, at Polygram's Hanover W Germany cd plant. There has only been one other major remaster of this title. Esoteric, in cooperation with Universal Music, which owns this title, have remastered the recording using there own proprietary equipment. When it comes to music reproduction, I'm a minimalist. I have listened to this hybrid sacd on a Sony D-303 flagship portable cd player from 1991, mated with Sony MDR-E484B flagship earphones from 1990. My takeaway is, this version is the pinnacle of warmth and definition that was missing from previous editions. So, imagine how nice it will sound with sacd equipment. As a bonus, in addition to the title composition, Strauss's Metamorphosen, is included. Highly recommended! 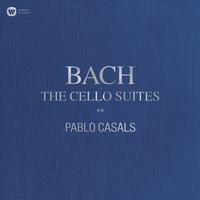 5 Stars
Posted Monday, March 8, 2021 by Anonymous Pablo Casals was an amazing musician and it shows in this historic recording! Pressings are dead quiet and the sound is amazing for such an early recording. Highly recommended. 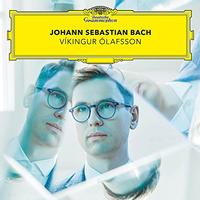 5 Stars
Posted Sunday, March 7, 2021 by O.D. Jones I have had some trepidation in ordering a recent DG record due to the Carlos Kleiber Beethoven 5th reissue being dirty and noisy right out of the sleeve. I can report that both records here are heavy and flat and, even before a wet vacuum cleaning, are quiet and perfectly fine. I have no idea who pressed the Kleiber reissue, but this current crop of DG vinyl is good quality. The sonics of this recording are open and atmospheric, and the performances worth delving into. One interesting note is the fact this pianist included performances of two pieces, the Busoni transcriptions, that the tragically short-lived Dinu Lipatti recorded in supernatural and sublime fashion in the early fifties. The Lipatti records are worth searching out as I don't think they've ever been out of print since they were first released, along with an astonishing Ravel piece recorded in I believe 1936 on shellac. This Vikingur Olafsson record is highly recommended and I would like to hear his Glass LP next. 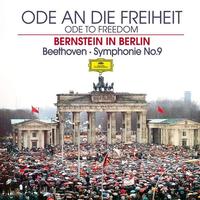 2 Stars
Posted Monday, January 11, 2021 by Mark The performance is wonderful, however, this digital pressing does not even rank on the James A. Mitchell audio stereo fidelity scale. The quality is muddy and muffled. I was sorely disappointed 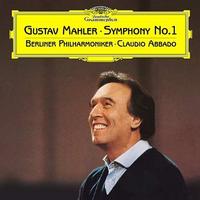 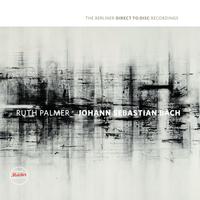 5 Stars
Posted Friday, November 20, 2020 by Mike R. Thank you so much. Continue the cycle please. 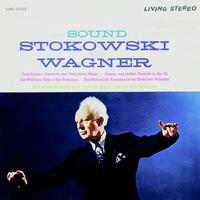 5 Stars
Posted Thursday, September 17, 2020 by Mark One of the lesser-known Living Stereos, but in this stellar reissue the Stokowski magic comes to life. This is a stunning recording, beautifully enhanced in this immaculate reissue. When the chorus steals in during the Tannhauser Venusberg music it is breathtaking. Buy it! 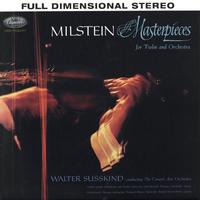 5 Stars
Posted Thursday, September 17, 2020 by Mark This is one of the lesser-known jewels in the AP crown of fine classical reissues. Milstein is standing right in front of you. There were many superb Capitol classical issues, both musically and sonically, but I have never found a decent original pressing. So it's wonderful to have this exemplary reissue. More please......!!!! 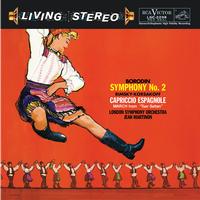 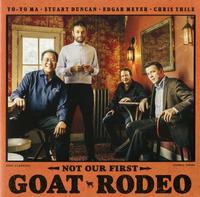 5 Stars
Posted Wednesday, July 1, 2020 by Anonymous First thing this is not a classical recording, its experimental, avant garde folk music. Not particularly my cup of tea. Its a mediocre pressing that seems to have been done in someone's garage. The jacket is a particularly cheap excuse. Its unfortunate since the musicians are of extraordinary caliber. If you want a wonderful classical music recording which also happens to be an excellent LP by Yo-Yo and Chris buy the Bach Trios album. If you are interested in this musical genre buy the digital version, the LP quite frankly sucks. 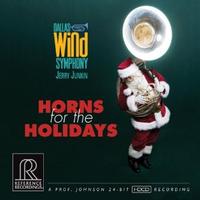 1 Stars
Posted Monday, June 8, 2020 by Anonymous Went off the rails here, hate to say about one of my favorite labels. I learned to play all 3 to 4 parts with chords on piano when young for these pieces; knowing the notes well. Jarring notes of really screwy tunings made this one unlistenable and I tried playing on separate days 2 weeks apart in case it was just a bad day, no luck. 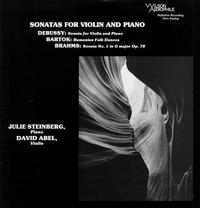 5 Stars
Posted Thursday, May 14, 2020 by Mike I give this 5 stars for performance, timbre and enormous dynamics. I wish it had a little less background noise (even if it is an analogue recording) or is this surface noise, hence only 4 stars on hardware. My copy has a lot of statics also. But performance actually makes you ignore these side effects. 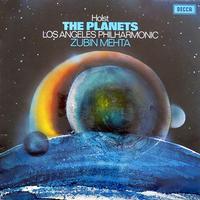 5 Stars
Posted Wednesday, May 13, 2020 by Anonymous This is a fantastic listening experience. If you are a fan of Holst: The Planets and have an SACD player, buy this now! The extreme audio dynamics of this piece (ex: brass stinging notes loudly) exploits DSD/SACD capability of fully resolving the audio better than most classical music. This is a great disc to demonstrate the comparison of vinyl, reel to reel, and CD vs DSD/SACD. Vinyl, reel to reel, and CD are dead! Long live the new king, DSD/SACD! 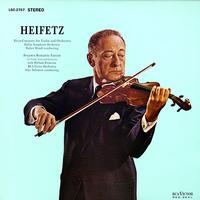 5 Stars
Posted Saturday, April 25, 2020 by Anonymous This is a heroic performance from Heifetz, it may be somewhat overlooked because of the repertoire but the sound and performance are every bit as impressive as his Sibelius or Brahms concerto.