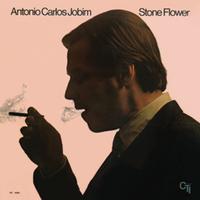 5 Stars
Posted Saturday, September 17, 2016 by Rudy (at Record Collector Guide) I only discovered this album just over a dozen years ago, having already known his other two CTi albums "Wave" and "Tide" (back from CTi's years under A&M's wing). While I found "Tide" to be a throwaway (short, and repeating some of "Wave's" thematic ideas), "Stone Flower" turned out to surpass even "Wave." It is darker, a bit moodier, a bit quieter and more complex...and a rewarding listen. (Astute listeners will find the title track was copped by Santana for his Caravanserai album.) Musically the album is a keeper. But sonically, this Speaker's Corner mastering is horrible. I do not know what they used for a source tape or in the mastering chain, but the entire album is plagued with some kind of compression. (Not brick-walled compression, though.) It suffers from a lot of "pumping and pulsing" in the volume level. Which is a shame since the record itself is pressed flat and quiet. Avoid this and get the ORG pressing for a few dollars more.