"If you start with the final track, Wabich's "Hula Hoop" (Do younger readers even know what that 50's era "starter hump toy" is?) when you hear Turkmenoglu's stand-up bass actually sounding like a stand-up bass playing in a room, with its attack and timbral character so naturally presented, you'll realize how rarely contemporary recordings manage what Gray gets on tape here. And a shout out also to all of the musicians for their willingness to record this way!" — Music = 8/11; Sound = 11/11 - Michael Fremer, TrackingAngle.com editor. Read Fremer's entire review here.

"It's the 'essence of an era' we are trying to recapture with today's musicians, not the sound of specific spaces, engineers or recordings," Gray told music reviwer Michael Fremer.

This album was produced all-analog/all-tube at Gray's Cohearent Recording on December 10 and 11, 2021. Dave Connor produced, while Gray and Ryan Wirthlin co-engineered. Edkins on sax was joined by Gerald Clayton (courtesy of Blue Note) on piano, Ahmet Turkmenoglu on bass, Lemar Guillary on trombone and Chris Wabich on drums.

Edkins, a composer and saxophonist from Los Angeles, graduated from Eastman School of Music on scholarship. She studied composition and arranging with Bill Dobbins, as well as Walt Weiskopf and the legendary Ray Ricker. Before her time at Eastman she studied with Bob Sheppard, a jazz recording artist and woodwind specialist. Edkins is a sought-after improviser who has performed with Arturo Sandoval (Al "Tootie" Heath), Tim Hagans, Clay Jenkins, John Beasley, and Geoffrey Keezer.

The album is an excellent showcase for Gray's new recording studio. Cohearent Recording was born from Gray's relentless passion to create the best sound recordings. It was that passion that has inspired Gray's long career cutting lacquers for such noted labels as Blue Note, Music Matters and Analogue Productions.

He spent 15 years building gear for the project. "I had a novel idea: In order to get the vintage sound we all love, (I'd) design and build an all-valve (vacuum tube) recording system from microphones through to the disc cutting head, NO transistors or IC's anywhere in the signal path. That took much longer than anticipated but it is finally complete."

Gray was inspired to use his own living room as the studio space when he realized it was similar in size and shape to legendary jazz recording engineer Rudy Van Gelder's Hackensack N.J. parents' home. Many classic jazz albums were recorded there by Gelder.

Some of the same microphones used on those earlier Gelder recordings are in use in Gray's setup. The custom vaccum tube electronics are different and for Shapes and Sound Gray used a tube-based Studer C37 rather than an Ampex.

Gelder's Hackensack recordings for both Blue Note and Prestige, Gray says, are "some of my favorite jazz records, and they are also exceptionally good sonically." 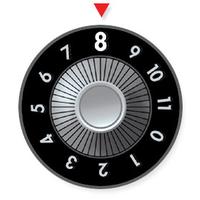 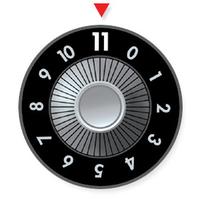