Coldplay - Music Of The Spheres

Coldplay's ninth album is produced by Max Martin and features twelve tracks, five of which are represented by emojis. The album includes the songs "Higher Power" and "Coloratura". Pressed on recycled color vinyl, each vinyl copy is unique, with the color varying based on recycled plastic available at the time of pressing.

In May, the band released "Higher Power" — the first single from Music Of The Spheres — which has been streamed more than 160 million times. 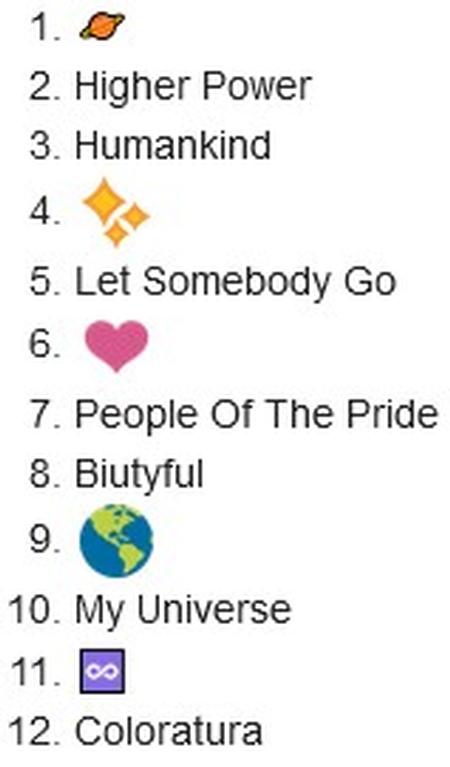