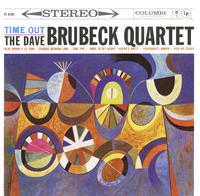 2 Stars
Posted Thursday, July 26, 2012 by Tim Casey ...but I'm giving you guys 2 stars for at least saying in bold at the bottom of the description that you used the old Sony multichannel mix. However, I hadn't noticed that caveat before I bought it.

I wanted it because it was multichannel. I should have read closer. All of the instruments are coming out of the center channel, except for the drums, which are spread out in the front left and right speakers. I didn't notice anything out of the rear speakers at all. And there are absolutely no low frequencies in this mix - a problem that the old Sony SACDs had with this title and "Kind of Blue" as well. The upright bass sounds like a kid's plastic toy. The stereo sounds rich, but this multi mix - why on earth did you give this anemic mix new life?

I was hoping for better from you guys (your other stuff is great). I wish I could return it, but it's already opened.