Mumford & Sons are pleased to announce the details of the stunning Babel: The 7-Inch Singles Collection. This limited collector's edition housed in a stylish navy blue box, with a hinged lid, contains five 7-inch patterned etched vinyl, each of which is housed in individual bags. Between each vinyl, there is a cardboard divider, to separate the vinyls within the box. This is a completely bespoke design, especially made for this collector's edition vinyl box set. 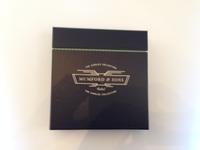 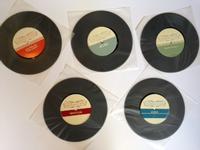 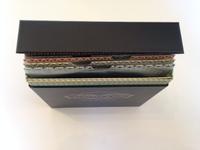 Babel: The 7-Inch Singles Collection includes the following limited edition etched 7-inch vinyl: "I Will Wait," "Lover Of The Light," "Whispers In The Dark," "Babel," plus "Hopeless Wanderer."