Login     My Account
Cart   Wishlist
Found 1 product(s) that are 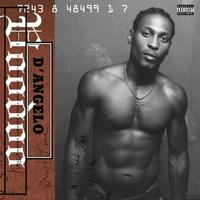 3 Stars
Posted Sunday, July 28, 2013 by Emmanuel If you're a big fan of this album like me you were probably overjoyed to see it on vinyl after it disappeared for such a long time. Having listened to this reissue several times, I am now convinced that what I've been listening to is a 96K/24bit high res transfer. The compressed sound that's coming from my speakers does not lie. That's why this is a missed opportunity. Unlike most records of the 2000s that are digitally produced, Voodoo was originally etched on analog tape, and cuz of that reason I feel the producers of this vinyl missed an opportunity to cut this reissue from the original master tape. It's not a bad record but there's a vast room for improvement. My advice to anyone interested is to get this because it's the only version available, and until Mofi or Analog Productions put out another version this will have to do.