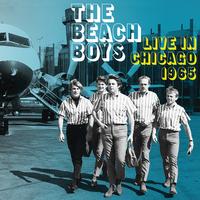 2 Stars
Posted Wednesday, May 11, 2016 by Phil Cohen A hi-rez or even CD quality download of this recording will have no audible advantage over the MP3. These were two mediocre concerts, badly recorded,likely on 3-track. On the first 3 songs, the lead vocals are badly audible or inaudible. Even after these engineering issues are (mostly) sorted out, there are further problems. Brian Wilson hadn't performed live for a few months, and so there are entire passages of "Don't Worry Baby" & "Please Let Me Wonder" (in the first set) with no vocals, where Wilson forgets the words to his own songs. The group performs substantially better in the second set, but, after attempting some studio overdubs on five of these songs(though the undoctored versions are included here), the group decided to scrap the idea of making a live album from these tapes. A wise decision. I'm surprised at the poor engineering considering that the normally skillful Chuck Britz was engineering.