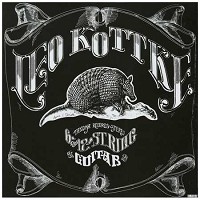 no one does it better

5 Stars
Posted Wednesday, October 22, 2008 by Rob Prideaux Bought this album originally, at its release in the early 70's - lucky enough to get an "import" pressing (in Australia, we used to get CBS etc cast off's - total crap.)

First listening left me spellbound at Kottke's mastery of the 12 (and 6!)string instrument - there are no "production tricks" to this album - just superb command of string and fret producing some of the most melodic and satisfying music to come from an accoustic guitar. Buy it! As I will be - to recapture the original sound (lost due to CD transfer of my rapidly failing original).