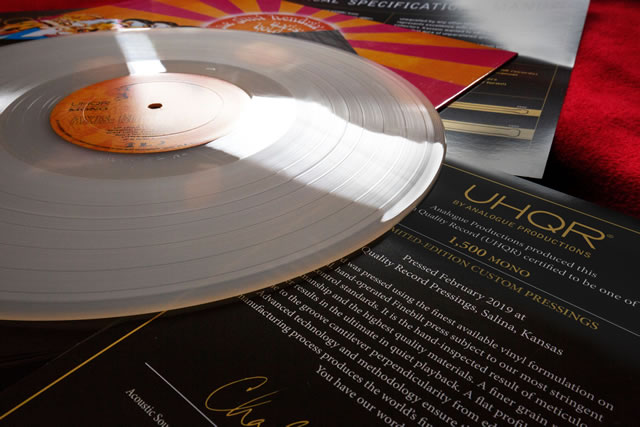 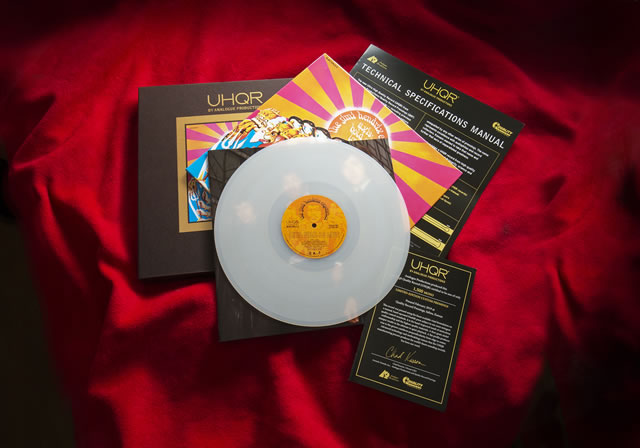 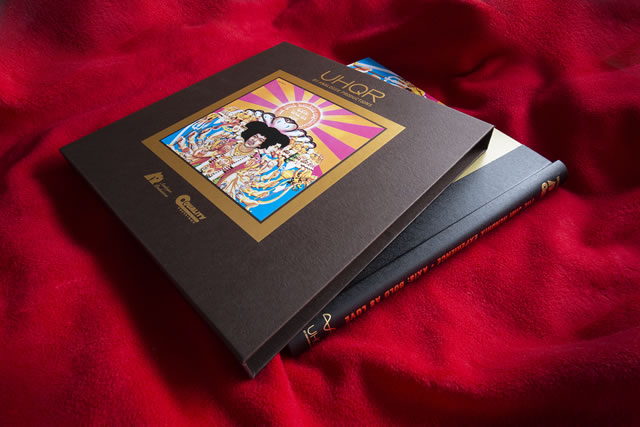 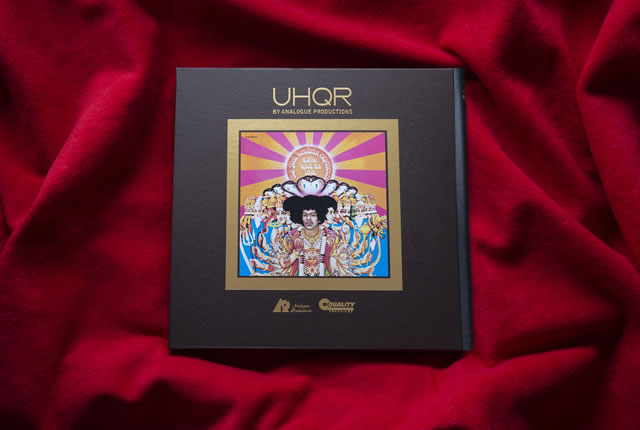 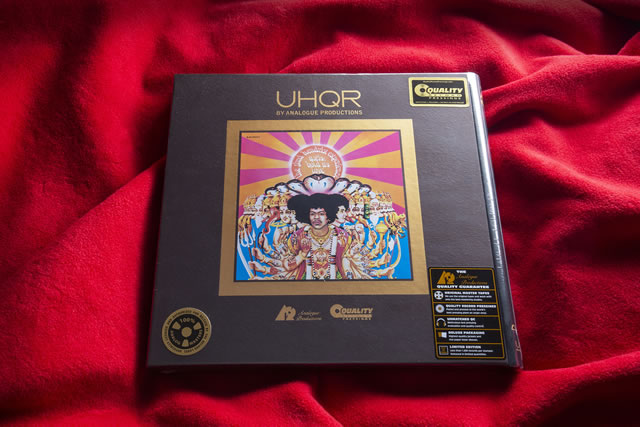 Analogue Productions presents its first UHQR title — Jimi Hendrix's 1967 masterpiece, Axis: Bold As Love, in both stereo and mono versions. This UHQR is newly remastered by noted mastering engineer Bernie Grundman from the original analog master tapes. Each UHQR will be pressed at Acoustic Sounds' industry-leading pressing plant Quality Record Pressings (QRP) using hand-selected Clarity Vinyl on a manual Finebilt press with attention paid to every single detail of every single record. The 200-gram records will feature the same flat profile that helped to make the original UHQR so desirable. From the lead-in groove to the run-out groove, there is no pitch to the profile, allowing the customer's stylus to play truly perpendicular to the grooves from edge to center. Clarity Vinyl allows for the purest possible pressing and the most visually stunning presentation. Every UHQR will be hand inspected upon pressing completion, and only the truly flawless will be allowed to go to market. Each UHQR will be packaged in a deluxe box and will include a booklet detailing the entire process of making a UHQR along with a hand-signed certificate of inspection. This will be a truly deluxe, collectible product.

As Rolling Stone states, Jimi Hendrix was the most innovative instrumental genius the rock era produced, a wizard guitar player whose sense of technique never overwhelmed the blues and rock 'n' roll spirit that was the underpinning of his genius. He improvised with the fervor of a born jazzman; he philosophized like the most cosmic rocker, but ultimately his basics were rooted in soul, a reflection of the chitlin circuit, where he cut his teeth.

With the possible exception of Cream, The Jimi Hendrix Experience was debatably the world's finest-ever power trio. Axis was a showcase for Jimi's brash, scintillating songs and the grasp that Jimi and his cohorts — Mitch Mitchell on drums and Noel Redding on bass — had on the studio technology at their disposal, and the lyrical beauty of Hendrix's guitar playing.

• "The most lasting song for many is the awe-inspiring 'Little Wing.' With its perfect blend of lead and rhythm guitar (the song's introductory phrases blurred the line forever between the two), the tune is a pure, simple thing of beauty ... In true 1967 style, the production on Axis is superb. Jimi never sounded as vulnerable and accessible, vocally and instrumentally, while the analog thud of Mitch Mitchell and the solid basslines of Reddding were the ultimate rhythm section of the day — with a nod, of course, to Jack Bruce and Ginger Baker, their only rivals in so many respects." — 1001 Albums You Must Hear Before You Die

Bottom line, January of 1968 brought Axis: Bold As Love to the U.S., an album that expanded Jimi's six-string flame with celestial clarity, and also brought his rapidly evolving songwriting gift to the fore. It was recorded at Olympic Studios in London by Eddie Kramer.

This reissue was cut to lacquer by Bernie Grundman. The plating at QRP was directed by Gary Salstrom, master plating technician and QRP general manager.