Analogue Productions and Quality Record Pressings present the definitive Time Out by The Dave Brubeck Quartet, now a 33 1/3 RPM LP. 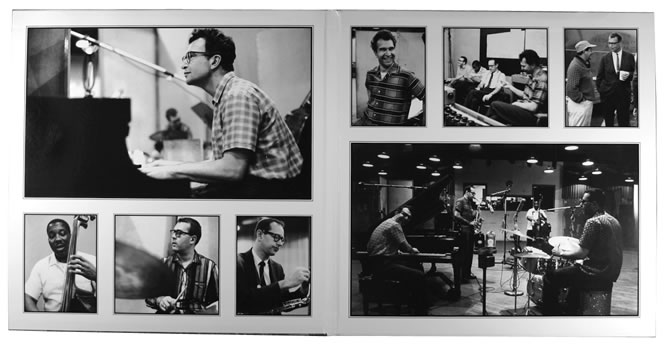 "The results speak for themselves: the platters from QRP are in my experience the most consistently flat and quiet being pressed today ... at least for the foreseeable here and now, Analogue Productions' newly mastered 45 RPM (Brubeck) is the edition to own. You'll hear it right from the familiar piano intro to "Blue Rondo a la Turk," where Brubeck's playing seems richer, more lyrical, more rhythmically alive. It seems to me that as our gear gets ever more quiet, these QRP LPs continue to wring more musical nuance from the finest recordings." — Music = 5/5; Sound = 5/5 — Wayne Garcia, The Absolute Sound, January 2013.

“I've now heard a number of LPs from Quality Record Pressings (QRP), Chad Kassem's year-and-a-half-old record-pressing plant. Before Time Out, I would have said that some positive trends were apparent from the earlier LPs I've heard. However, this current pressing is so much better than those that came before it, which were certainly very good, that it's obvious things have improved considerably over the past year. It's a positive sign when the noise floor is defined by the hiss of the master tape, not the quality of the pressing or vinyl, and that's the case here. Having heard many, many Pallas and RTI pressings, the main competition for QRP, I would say that QRP pressings combine the strengths of both its competitors: the very low surface noise and bottom-of-the-groove quiet of Pallas LPs and the sharp delineation of musical detail of RTI." — Sound = 4.5/5; Music = 5/5 — Marc Mickelson, The Audio Beat, August 2012

Including the monster hit "Take Five," the Brubeck Quartet's Time Out is a jazz and audiophile classic. Every album collection needs a copy. And now, cut at 33 1/3 RPM on 180-gram premium vinyl, pressed at Quality Record Pressings (Acoustic Sounds' own industry-lauded LP manufacturer), Analogue Productions brings you Time Out renewed.

Like its 45 RPM sibling, Time Out is presented here packaged in a deluxe gatefold jacket. Inside are eight fantastic black and white images shot during the recording session at Columbia's famous 30th Street Studios. Sony Music supplied the images for use in our SACD reissue, and gave us persmission to use them in our LP reissue as well.

The jacket is also special — very heavy-duty. It's produced for us by Stoughton Printing featuring a printed wrap mounted to a heavyweight chipboard shell, producing an authentic "old school" look and feel. This jacket is a beauty! Never has Time Out's colorful iconic cover art looked so vibrant.

Paul Desmond, who was Brubeck's alto saxophonist, wrote "Take Five," at Brubeck's urging to try and write a song in quintuple (5/4) time.